How to sell your medical devices and IVDs in the UK

The United Kingdom (UK) withdrew from the European Union (EU) on 1 January 2020. Following this change, a transition period of nearly one year occurred to minimize the impact of the Brexit withdrawal.

The transition period ended 31 December 2020, resulting in the following requirements for manufacturers placing devices onto the UK market:

The Medicines and Healthcare products Regulatory Agency’s (MHRA’s) guidance document states that appointment of a UK RP is mandatory for non-UK manufacturers in order to place a device on the market. The UK representative is similar to an authorized representative.

The UKRP does not need to be added to the device labeling unless the device has UK Conformity Assessed (UKCA) marking. This means that until you obtain UKCA marking, you do not need to update your labeling in order to sell in the UK. The MHRA currently allows manufacturers to leverage their CE Marking.

At this time there is no official UKRP symbol, equivalent to the European EC-REP or Swiss CH-REP symbols.

2)  Register your devices with the MHRA

The UKRP must submit registrations on behalf of non-UK manufacturers. Both the manufacturer and the devices must be registered with the MHRA.

Once the application is submitted, the MHRA will review and issue marketing authorization. Note that the registration is not a ‘certification’ or ‘approval’, as noted in the MHRA’s registration guidance. Instead, it is a method for the MHRA to have better control and understanding of the products being placed onto the market.

The MHRA implemented transitional deadlines to complete the registrations, which have since passed. Therefore, registration is now mandatory before placing products on the UK market.

Once marketing authorization has been granted, the registration is published in the MHRA public access database.

Download our Easy-to-Read infographic: Steps to Enter the UK Market

3)  Notify the MHRA of your UK Importer

The MHRA currently does not require that manufacturers appoint an importer in the UK. However, where a manufacturer does have a UK importer, that importer must be registered with the MHRA.

The registration will be completed by the UKRP. The importer information is currently not disclosed in the MHRA’s public access database. Instead, it is only listed in the UK representative’s private online account with the MHRA.

The MHRA has a transition period in place, which allows companies to market devices based on their CE marking until:

The current UK medical device and IVD regulation is based on the old EU Directives. A new, more robust UK regulation is expected to go into effect in July 2024. If the July 2024 timeframe is met, then the five-year MDR/IVDR/IVDD CE marking extension is to July 2029, the three-year MDD/AIMDD CE marking extension is to July 2027.

After these dates, companies must obtain UKCA marking to continue marketing in Great Britain.

What does this mean for me?

Between today and the transitional deadlines, companies can sell devices in the UK with only their European CE marking, as long as they meet the additional requirements outlined above. This means there is no major change for you, other than:

1) appoint a UK Responsible Person, if you are located outside of the UK

2) register your company and device with the MHRA

3) register your UK importer(s) with the MHRA

After the above transition period ends, you must obtain UKCA marking to keep selling in Great Britain.

NOTE: Northern Ireland will not require UKCA marking. Instead, they will continue to require European CE marking.

What is UKCA marking? 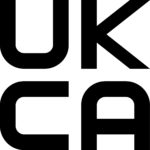 Important Note About the UK Countries

England, Scotland and Wales make up Great Britain. Great Britain requires appointment of a UKRP and registration of devices with the MHRA. Further, they will eventually require devices be UKCA marked in order to be placed onto the Great Britain market. There is currently a transition period, to temporarily accept CE marked devices. The transition period dates are outlined: HERE

Manage Cookie Consent
To provide the best experiences, we use technologies like cookies to store and/or access device information. Consenting to these technologies will allow us to process data such as browsing behavior or unique IDs on this site. Not consenting or withdrawing consent, may adversely affect certain features and functions.
Manage options Manage services Manage vendors Read more about these purposes
View preferences
{title} {title} {title}